I experienced that Monday when I visited for the first time the Myriad Botanical Gardens in Oklahoma City.

The Myriad’s Crystal Bridge Tropical Conservatory is a true wonder. This 13,000 square-foot conservatory showcases 750 plant varieties from across the globe, cascading waterfalls, a sky bridge and a meandering path that makes it easy to forget you’re in the shadow of the Devon Tower.

As I walked through the Crystal Bridge I found myself giddy with wonder. That’s what the Myriad should inspire — joy, curiosity, and a passion to learn, for children of all ages (even balding 44-year-old ones). It inspires this sense of awestruck wonder because it is a small window into the amazing diversity, grandeur and beauty of God’s creation.

But, standing in the midst of it all, I also experienced great sadness. Because, unfortunately, places like the Myriad aren’t just a view into the beauty of God’s creation. They are a damning indictment of all we are destroying, all we are squandering of our children’s inheritance on this planet.

Beautiful as the Myriad was, I suddenly was slapped in the face with the sad reality of the real habitats the Myriad mirrors. The real thing — the wild, wonderful places of biodiversity still undiscovered and unstudied by humanity — that place is being lost at an alarming, and possibly irreversible rate.

Nowhere is this more true than in our rainforests. Covering only 6% of the earth’s land surface, rainforests contain an estimated 50 percent of all known land species — about 30 million species of plants and animals. Those plant species have yielded more than 25% of modern medicines, and it’s estimated we’ve studied only 1% of rainforest plants.

The 99% we haven’t yet discovered or studied are being lost at a rate estimated at 137 plant, animal and insect species going extinct every day. That’s 50,000 species of God’s creation we’re wiping off the face of the earth every year through deforestation, all in the name of our society’s lust for profit, cheap commercial goods, and the cheap fast food beef that’s raised there.

At current rates, it’s estimated almost half the world’s plant and animal species will be destroyed or threatened through rainforest destruction over the next 25 years.

The plight of the rainforest, the indigenous people who live there, and the prospect of our children living on a planet pillaged of its God-given beauty and resources, was brought to the fore in August and September as record numbers of fires raged in the Amazon.

There was no shortage of finger-pointing over the cause of the estimated 40,000 fires in the Amazon this summer. But, even moderately astute observers have been placing the blame where it belongs, and warning us of the consequences, for decades.

A group of 15 Brazilian Anglican bishops summed it up well, in a scathing letter they wrote condemning the policies of Brazil’s president, Jair Bolsonaro, and of the American and European corporate interests pouring gasoline on the fires.

“For more than two weeks the Amazon Forest has been on fire, burnt by greed and hatred,” the bishops wrote in early September. “Those fires in the Amazon are not the result of drought, nor the result of natural hazards. Those are actions orchestrated by people representing agribusiness, land grabbers and prospectors encouraged by the president’s irresponsible speeches and statements.”

The Anglican Communion, along with the Vatican and the Interfaith Rainforest Initiative, an international, multi-faith alliance, have been bringing ecclesiastical pressure to end deforestation, alongside an army of secular nonprofits and conservancy groups.

But, what impact can we have? The most immediate, and likely most impactful, choice we can make is in who will lead our nation after 2020.

The United States and Brazil are not the only players on this stage. And, others also are at fault. But, let’s deal with our side of the table.

As the Amazon burned last month, Bolsonaro — whose policies enabled and encouraged the fires — rejected G7 aid to fight the fires and told the U.N. the rainforest “remains pristine and virtually untouched” and he was “especially grateful” to Donald Trump for supporting his willful negligence in stopping the fires.

A Twitter bromance ensued between Trump, an adamant climate change denier, and Bolsonaro, an equally adamant climate change denier who proudly bears the moniker “the tropical Trump.” These are two world leaders leading the way to place profit above the environment, sustainability and the well-being of indigenous peoples and children everywhere who will have to inherit the scarred, ugly remains of God’s creation.

This is the leadership we have chosen. This is the course we have set for our nation, and our children. Will we stay on that course? Will our nation continue to support and encourage irreparable damage to our environment, and to our children’s future?

We may not have direct control over corporations ravaging the planet at breakneck pace. We have no control over Brazil, or any of the other nations feeding into this calamity. But, we do have control over our own leadership. And we are responsible for its actions. If we don’t choose more wisely, places like the Myriad will no longer be a place to peer into the wonder of God’s creation. They will become simply monuments to the tremendous gifts we’ve squandered, and the unconscionable hell we’ve passed on to our kids. 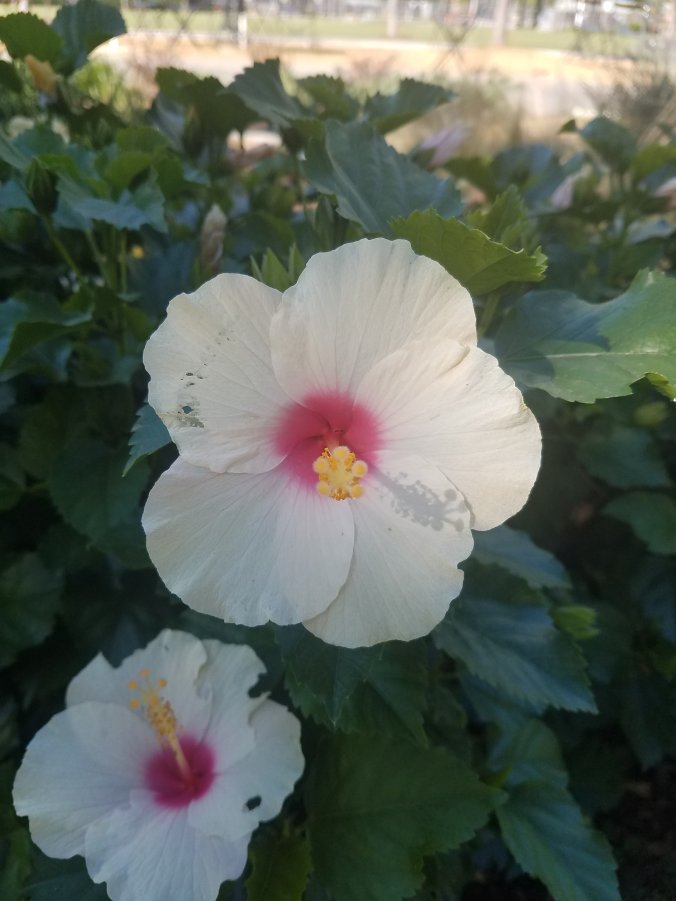 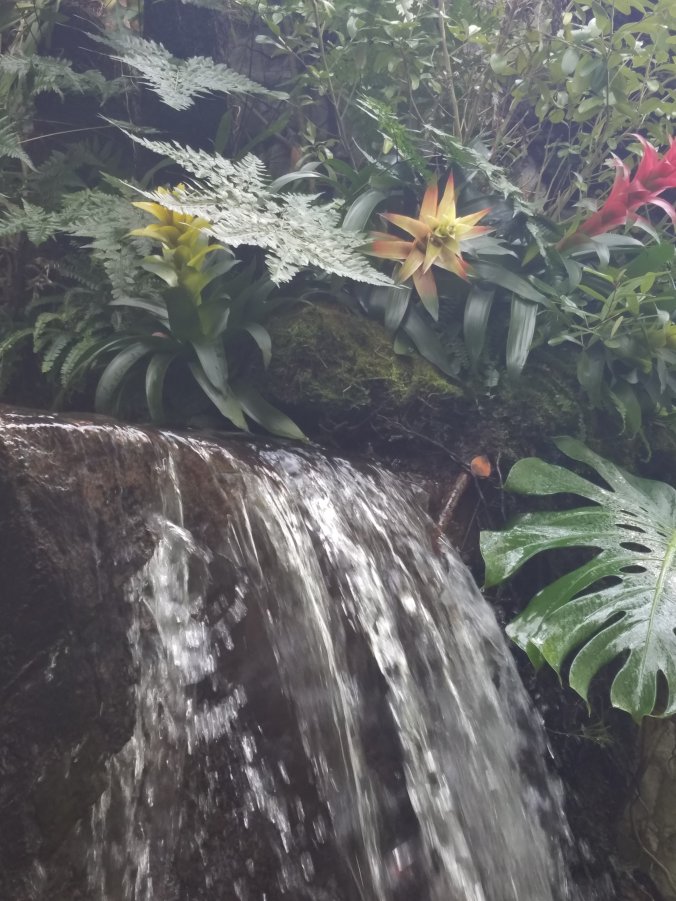 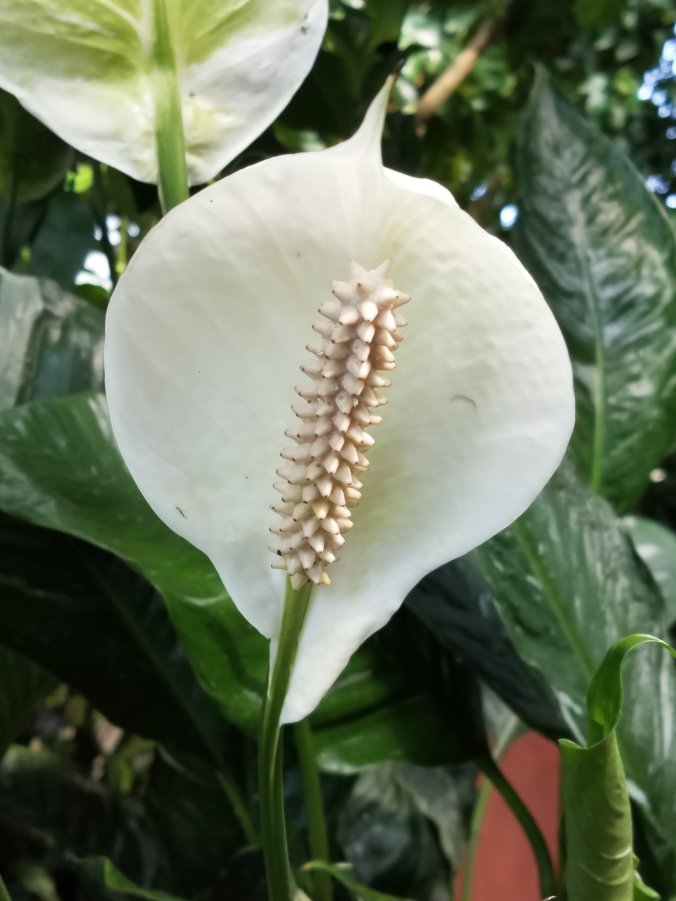 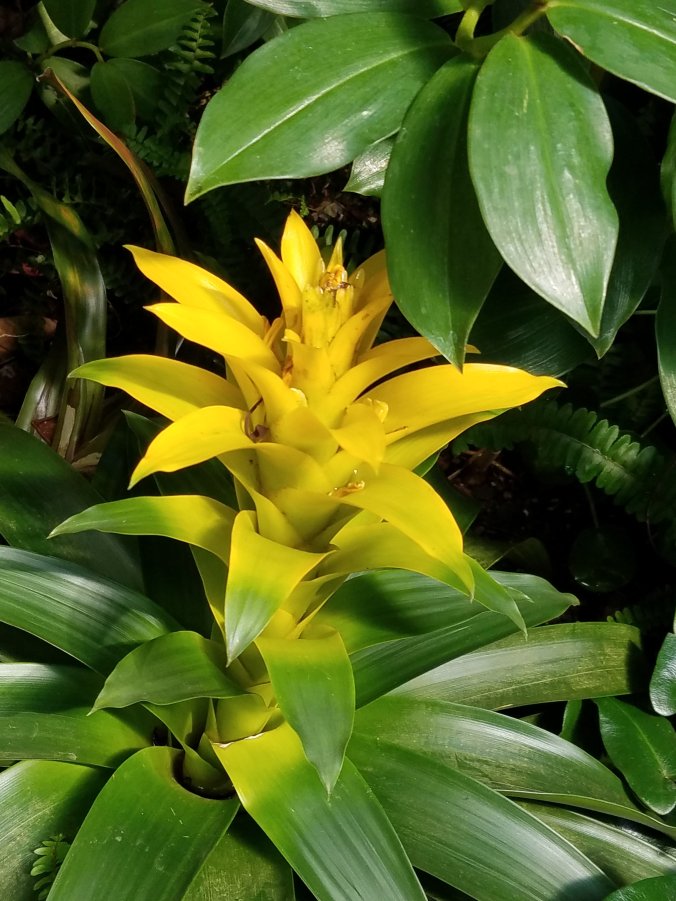 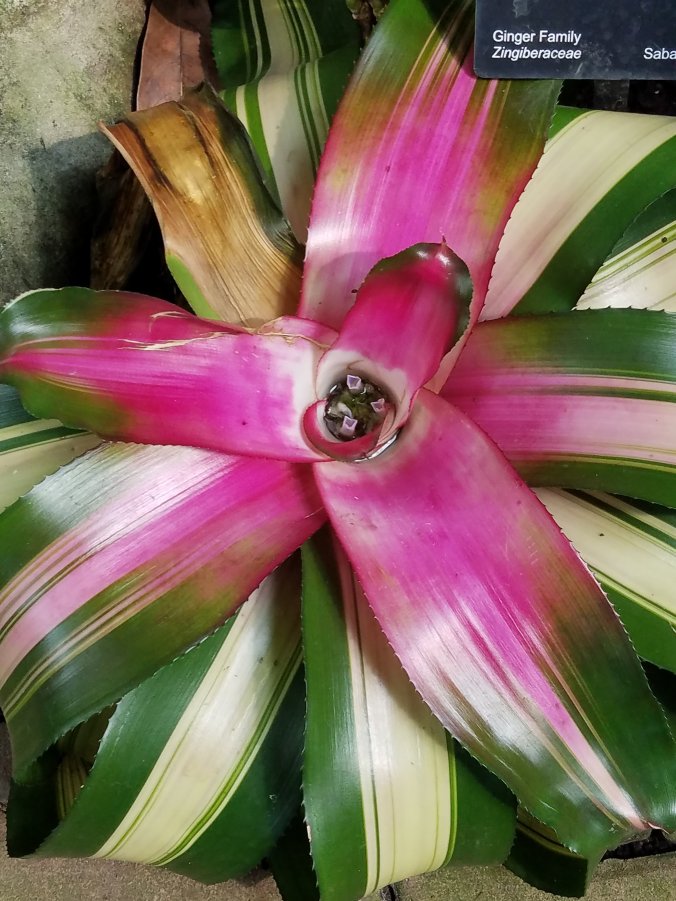 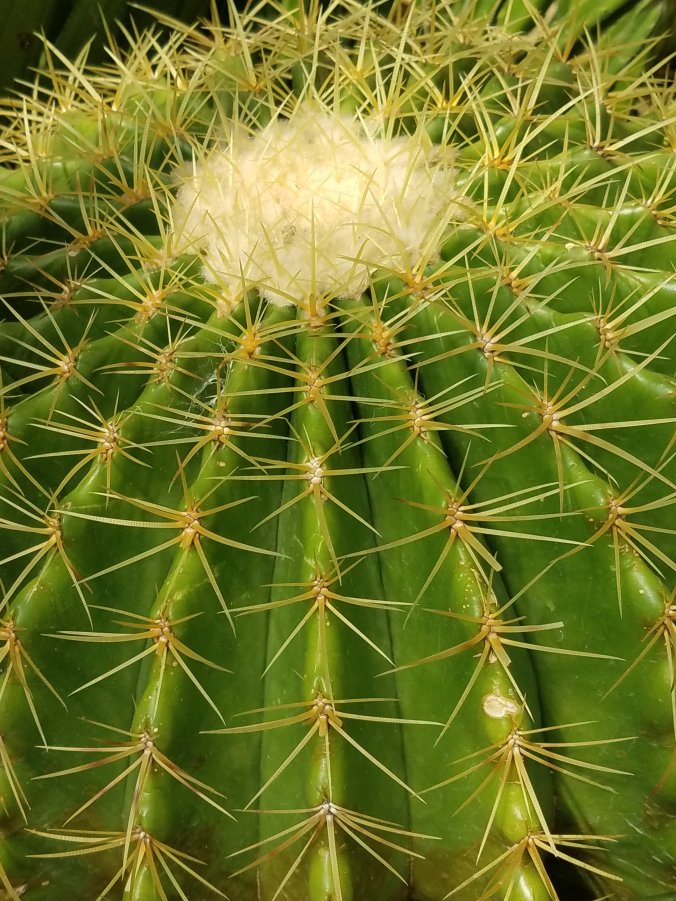 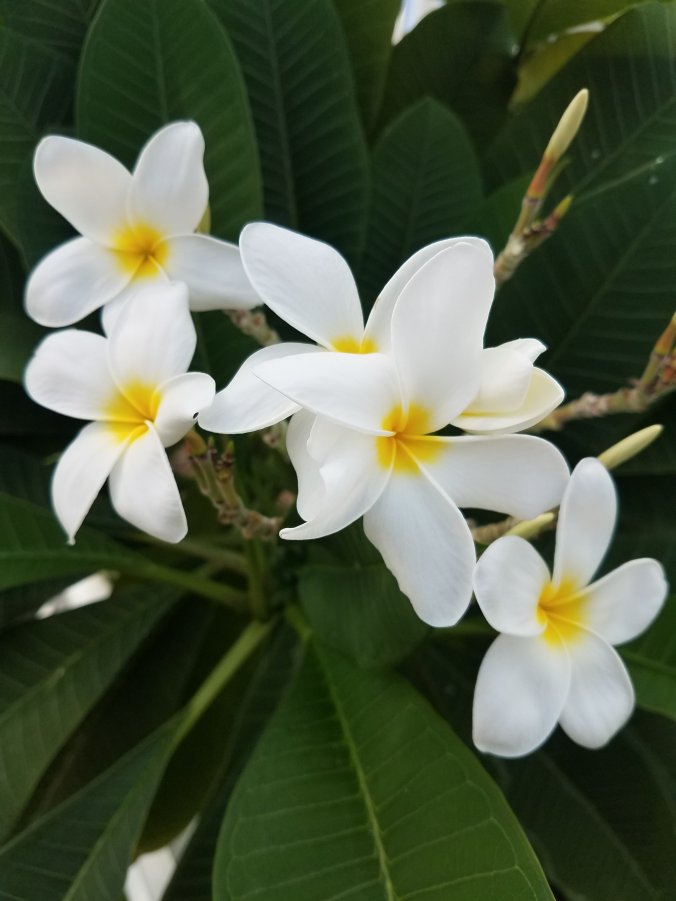 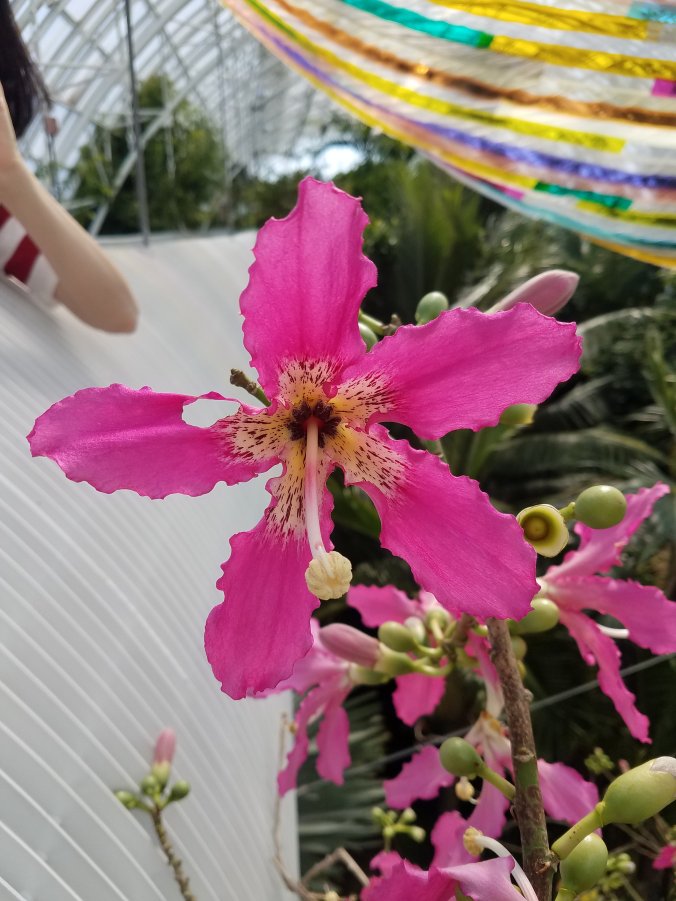 One thought on “Wonder or sadness over God’s creation: It’s our choice”