“Southern trees bear a strange fruit / Blood on the leaves and blood at the root / Black bodies swinging in the Southern breeze / Strange fruit hanging from the poplar trees.”

When Billie Holiday sang those words in 1939 she evoked the forlorn pain of black America, living constantly in the shadow of the lynching tree. She sang of the ugly, dark hearts in white men who hung that “strange fruit.”

And, she sang of the cruel indifference, the casual culpability, of a white America that distracted itself with rockabilly hits and “Leave it to Beaver” while black bodies swung in the Southern breeze.

This week’s passage of the Emmett Till Anti-Lynching Act does nothing to bring justice for these past wrongs, and means little in an America where casual indifference to injustice remains one of our defining characteristics.

Congress passed the bill Wednesday, making lynching a federal crime. The bill passed 410 to four in the House, after almost 200 prior failed attempts, 120 years after the first anti-lynching bill was introduced and 65 years after 14-year-old Emmett Till was murdered. Meanwhile, more than 4,700 black women, men and children were tortured, murdered and left hanging in the lynching tree.

The symbolism of the bill is important. And, its Senate co-sponsors, Democrats Kamala Harris, of California, and Cory Booker, of New Jersey, and Republican Tim Scott, of South Carolina, should be congratulated. They are the only three African-Americans in the Senate — a body that has only had 10 black members since 1788, and didn’t have two at the same time until 2013.

Passage of their bill is important. But it is symbolic. And what speaks most loudly about this bill isn’t that lynching is now a federal crime — that’s about 120 years too late.

What’s more significant is how long it took Congress to pass this legislation. And that four U.S. congressmen voted against it. And, perhaps most sinister, that so many “conservative” politicians voted for what they know is hollow symbolism, while maintaining track records that continue to uphold the same bigotry, inequality and white male entitlement that claimed the life of Emmett Till and so many others.

A quick browse of the foursome’s record explains their vote. They have a solid record of opposing women’s rights, humanitarian treatment of immigrants, equal rights for LGBTQ Americans and voting rights for minorities.

For politicians like the foursome, opposing justice and equality for anyone outside the white, male, conservative, heterosexual Christian box is a mark of honor, and their principle platform for reelection. If there’s anything to be said in favor of the foursome, it’s they’re consistent.

But many others gave easy, empty lip service to justice on Wednesday, all while continuing a track record designed to forestall or roll back equality and justice at every possible turn. And, as Big Daddy said in “Cat on a Hot Tin Roof,” “There ain’t nothin’ more powerful than the odor of mendacity …You can smell it. It smells like death.”

If you want to smell that stench of mendacity you need sniff no further than Oklahoma’s congressional delegation.

Congressman Markwayne Mullin didn’t vote on the anti-lynching bill, but I honestly don’t know if he was unable to vote, or if he just has less of a flair for hypocrisy than senators Inhofe and Lankford — who supported the Senate version last year — and congressmen Lucas and Cole — who voted for the House measure.

Representatives Horn and Hern also voted yes, but haven’t been around the fetid halls of Congress long enough to score ratings on issues such as civil liberties and human rights, so I’m giving both a pass — for now.

But, the ratings for the others — Mullin, Lucas, Cole, Inhofe and Lankford — as tabulated by the nonprofit, non-partisan research group Vote Smart, show clear records of opposing equality and justice along lines of race, gender and, most especially, religion, sexual orientation and gender identity.

Rating their performance in Congress, the five have an average rating of 7% from the ACLU and 10% from the NAACP. That’s 7 and 10 out of 100 on issues of civil liberties and racial justice. And on equality and justice for LGBTQ Americans, the group has an average rating of 0% from the Human Rights Campaign. That doesn’t mean they don’t have a rating. That means every single one of them scores a 0 out of 100 on basic rights for human beings who don’t happen to be cisgendered and heterosexual.

I know Oklahoma politicians pride themselves on those kind of numbers. Bigotry wins big here. But, don’t offer empty platitudes in the name of Emmett Till, and then ride that kind of record to reelection. Not even Big Daddy had words for that kind of mendacity. 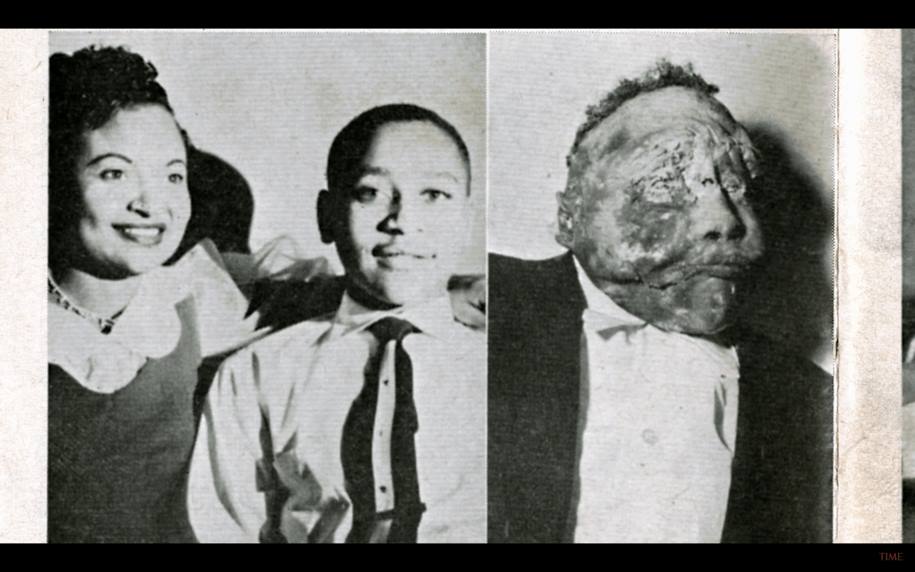